Catalysis plays a central role in most chemical processes, from petrochemistry to drug synthesis. It reduces the energy consumption and amount of chemical waste produced while increasing the selectivity and the yield of chemical reactions. Catalysis is at the core of green chemistry and sustainable development. Although catalysis is a sustainable process, most catalysts are not. Indeed, the most potent catalysts use noble metals like rhodium, iridium and platinum, which are costly and polluting to produce.

The use of these metals was for a long time considered a necessary evil until a new paradigm appeared in chemistry: metal-free catalysis. Our group is interested in discovering the fundamentals that would allow the use of simple and low-toxicity organic molecules to replace metallic catalysts. We mainly use the cooperation between a Lewis base and a Lewis acid, which play the same role as reactive molecular orbitals in metal complexes. We thus design custom molecules using computational predictions, our knowledge of transition metal chemistry and some chemical insights to produce catalysts with the desired properties.

Functionalization of C-H bonds is one of the most useful catalytic processes in organic synthesis. C-H bonds being ubiquitous in organic compounds allows the building of complex molecules. We are currently developing ever more efficient catalysts and our studies are targeting molecules which are of great interest to the pharmaceutical and organic electronics industries.

Many industrial and energetic alternatives exist to reduce our fossil fuel consumption. However, they tend to be costly, their implementation is slow and some of these processes still have important consequences on the environment. We want to develop chemical alternatives to the valorization of CO2 in energetic materials, especially methanol. By controlling the nature of Lewis acidic and basic groups, we have shown that this Frustrated Lewis Pair can be more efficient than metal catalysts.

Similar to photosynthesis, carbon dioxide is a remarkable reagent that can generate a wide range of chemicals. If homogenous approaches can be interesting, it is far more efficient and advantageous, on an industrial scale, to use heterogeneous catalysts. We are interested in the development and the study of new silica-based materials to catalyze the transformation of CO2 into products of interest, especially methanol and cyclic carbonates.

We are working on the synthesis of hybrid materials useful for the extraction and purification of rare earth elements from industrial wastes such as red mud. Rare earth elements are 17 elements of the periodic table including the 14 lanthanides. These atoms are essential components of many modern technologies (computers, cellphones, wind turbines, medical imaging, etc.). Unfortunately, the extraction and the purification of these elements is a very polluting process preventing many countries from developing such industry, despite the economic advantages. Our goal is to develop a method to isolate these products in a sustainable and profitable manner. 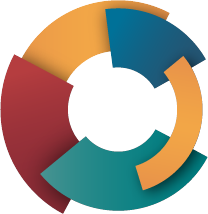 Stay connected to the news of the Chair and our team via Facebook.